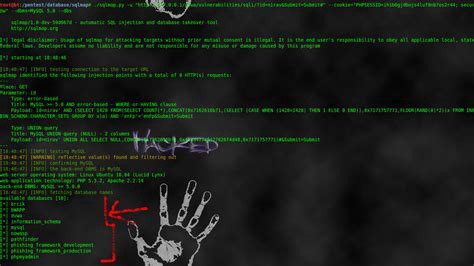 In the previous tutorial, we hacked a website using nothing but a simple browser on a Windows machine. It was a pretty clumsy method to say the least. However, knowing the basics is necessary before we move on to the advanced tools. In this tutorial, we’ll be using Kali Linux (see the top navigation bar to find how to install it if you haven’t already) and SqlMap (which comes preinstalled in Kali) to automate what we manually did in the Manual SQL Injection tutorial to hack websites.

First off, you need to have Kali linux (or backtrack) up and running on your machine. Any other Linux distro might work, but you’ll need to install Sqlmap on your own. Now if you don’t have Kali Linux installed, you might want to go to this page, which will get you started on Beginner Hacking Using Kali Linux

Basically its just a tool to make Sql Injection easier. Their official website introduces the tool as -“sqlmap is an open source penetration testing tool that automates the process of detecting and exploiting SQL injection flaws and taking over of database servers. It comes with a powerful detection engine, many niche features for the ultimate penetration tester and a broad range of switches lasting from database fingerprinting, over data fetching from the database, to accessing the underlying file system and executing commands on the operating system via out-of-band connections.” A lot of features can be found on the SqlMap website, the most important being — “Full support for MySQL, Oracle, PostgreSQL, Microsoft SQL Server, Microsoft Access, IBM DB2, SQLite, Firebird, Sybase and SAP MaxDB database management systems.” That’s basically all the database management systems. Most of the time you’ll never come across anything other than MySql.

Boot into your Kali linux machine. Start a terminal, and type –

It lists the basic commands that are supported by SqlMap. To start with, we’ll execute a simple command
sqlmap -u <URL to inject>. In our case, it will be-

Sometimes, using the –time-sec helps to speed up the process, especially when the server responses are slow.

Either ways, when sqlmap is done, it will tell you the Mysql version and some other useful information about the database.

The final result of the above command should be something like this.

Note: Depending on a lot of factors, sqlmap my sometimes ask you questions which have to be answered in yes/no. Typing y means yes and n means no. Here are a few typical questions you might come across-

In this step, we will obtain database name, column names and other useful data from the database.

So first we will get the names of available databases. For this we will add –dbs to our previous command. The final result will look like –

So the two databases are acuart and information schema.

Now we are obviously interested in acuart database. Information schema can be thought of as a default table which is present on all your targets, and contains information about structure of databases, tables, etc., but not the kind of information we are looking for. It can, however, be useful on a number of occasions. So, now we will specify the database of interest using -D and tell sqlmap to enlist the tables using –tables command. The final sqlmap command will be-

Now we will specify the database using -D, the table using -T, and then request the columns using –columns. I hope you guys are starting to get the pattern by now. The most appealing table here is users. It might contain the username and passwords of registered users on the website (hackers always look for sensitive data). The final command must be something like-

The result would resemble this-

Now, if you were following along attentively, now we will be getting data from one of the columns. While that hypothesis is not completely wrong, its time we go one step ahead. Now we will be getting data from multiple columns. As usual, we will specify the database with -D, table with -T, and column with -C. We will get all data from specified columns using –dump. We will enter multiple columns and separate them with commas. The final command will look like this.

John Smith, of course. And the password is test. Email is [email protected]?? Okay, nothing great, but in the real world web pentesting, you can come across more sensitive data. Under such circumstances, the right thing to do is mail the admin of the website and tell him to fix the vulnerability ASAP. Don’t get tempted to join the dark side. You don’t look pretty behind the bars. That’s it for this tutorial. Try to look at other columns and tables and see what you can dig up. Take a look at the previous tutorial on Manual SQl Injection which will help you find more interesting vulnerable site 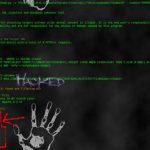 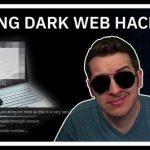 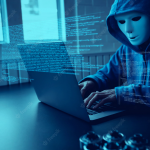 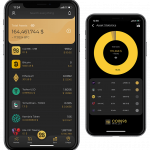