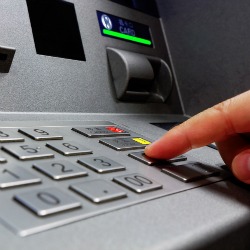 RECOVER AN ELECTRONIC DEVICE HACK: Most ATMs function on software and codes. Therefore, hacking into them is though easy but presents risks at the same time. For example, many banks have suffered from malicious attacks from hackers on the Automatic teller machine.

Here are listed ways through which attackers get free cash

You can plug in a USB stick to the ATM’s USB port and boot from that. In addition, several machines let you change the BIOS boot order directly, giving you unrestricted access to the machine’s main hard drive.

Researchers from the Russian security firm Kaspersky detailed a new ATM-emptying attack, one that uses digital-savvy. They can recreate this with a $15 homemade gadget that injects malicious commands to trigger the machine’s cash dispenser.

It is done by making a hole on the side of the machine’s case to gain access to the cables connecting the cash box to the operating system. Then a ready-made tool is then connected to it, paving a doorway for the attackers to enjoy as much cash as needed.

However, such attacks can be avoided if the ATMs’ software is monitored and up to date.

The interface connecting the computer to the safe is programmed to give cash to authorized users. Still, before giving a user cash, the machine’s computer must communicate to a server at a specific location, using either a wired Ethernet connection or a cellular type modem. Some of these communication methods between the computer and the server are mostly secured. But not all of them are encrypted.

Some ATMs have featured poor firewall protection and insufficient protection for data transmitted between the ATMs computer and server (processing center).

Ethernet ports on some ATMs are well exposed in locations like the outside of the machine’s cabinet, making it readily available to plug in a laptop or a device that will spoof the processing server and authorize the ATM to dispense cash.

Reports have shown that it takes a minimum of 15-20 minutes for a hacker to access the machine’s network connection and pull this off.

Like the previous point, you need to open up the cabinet and access the computer’s input ports. The cash is already beckoning on you at this point. A keyboard or USB can be connected that will imitate an authorized user input.

By default, all ATMs are in “kiosk mode,” Once accessed, you can use the ATM as a regular computer.

Reports show that most ATMs use Windows XP, the 2001 OS with many known vulnerabilities, the exiting kiosk mode won’t dispense the cash. Still, the newly Introduced external keyboard makes it easy to run malicious commands on the ATM.

Once the external cabinet, as explained above, is opened, you attack malware containing the virus known as Tyrupkin. Once the malware is installed, the culprit need only enter a specific code followed by a second unique code that’s made by an algorithm at a different remote location; it’s this second code that “opens the machine.”

HOW TO SECURE YOUR ATM CARD AND MACHINE

Many banks now make use of the Chip technology to secure their ATMs from attacks. This technology uses a complex method of processing to identify authorized cards. This chip and pin technology counter checks the key pin the user entered with the PIN programmed on the chip.

Be aware of SKIMMERS (USERS)

In many cases, PINs are recorded by hidden cameras placed above or near the keypad. These inconspicuous devices are placed by ATM skimmers. They usually work in two modes;

Following these schemes to protect your card from skimmers further, one must remain conscious at an ATM post. Always check around the machine for any strange-looking object hidden in plain sight, things people can unconsciously overlook without an afterthought. We know from facts that spy cameras don’t take too much space as they can be very minimal in size themselves.

These skimmers need to place the illicit device at a good enough angle to get a clean shot of your PIN. Bear in mind that if you notice this kind of hidden device, protect yourself by shielding your PIN code from the device’s angle, or you can cover the device in question with another hand. Sounds extra, but it’s your money!

Hire a professional cybersecurity expert to do you a great protection service by effectively securing your ATMs OS. The easiest way to get in on the cash by hackers is to trick the machine’s OS into thinking an authorized user is requesting. This is possible because of a weak software system or lack of a cybersecurity expert. Research and find the best of the best hackers on thehackerspro today.

Save your bank the trouble of being the experience to learn from!

When an attack happens on an ATM, the bank is left with refunding the lost funds.

However, if these funds were to be withdrawn from your account by the attackers, it becomes a personal issue most times via a stolen card. Most users fail to be conscious about ATM hacks because it often doesn’t concern them. It takes a while before the bank refunds the stolen money, as they will have to complete investigations before an action occurs.

As a user, to protect yourself from this trouble, always be conscious enough to report any suspected malicious or illicit activity on your account in due time. Set notifications to receive a message or an email to know when finds are being withdrawn from your account. Or, to occasionally know your balance, you can use the AUTOMATIC TELLER. As said earlier, it is your account, and you should take full responsibility for these security measures. 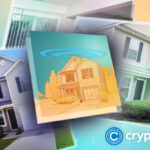 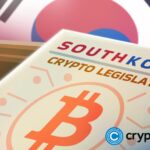