How to Identify Common Cybersecurity Threats

How to Identify Common Cybersecurity Threats

In this article, we will identify the different types of cybersecurity threats that exist.

Phishing is a cyber-threat in which attackers send fake emails to fool users into clicking a malicious link. The aim is to steal sensitive information from a user. Another form of phishing is known as spear phishing. Spear phishing is a more sophisticated form of phishing in which important people are targeted. These individuals may be targeted from their social media accounts where sufficient information may be gotten about them.

It is a combination of the words malicious and software. Malware is another cyber threat; it is the use of malicious software to infiltrate a computer system. There are different categories of malware; they are Trojans, Ransomware, spyware, worms, etc.

Like computers, mobile devices are also vulnerable to malware attacks. This malware may come in the form of phone apps, websites, emails, etc.

– Trojans: Trojans are a form of malware that comes in the form of legitimate software. They are a hacker’s tool to gain access to their victim’s system. A Trojan aims to steal data or carry out harmful actions on the system.

– Ransomware: It is a form of malware designed to encrypt files on a system making the files unusable. The hackers demand a ransom to decrypt the files.

– Spyware: It is a kind of malware that is used to monitor a user’s online behavior without their knowledge or permission. Spyware is also called adware because it sometimes emanates from online ads.

A man-in-the-middle attack occurs when a hacker intercepts communications between two parties. During a MiTM attack, the attackers interrupt the flow of messages between two parties for spying or corrupting the data. Sometimes, the attacker may change the content of the information shared between both parties. MiTM attack is a common cyber threat technique used by militaries to confuse their enemies.

A Denial-of-Service attack is a form of cyber-attack used to shut down a network or machine. The purpose of the attack is to deny intended users access to the machine or network. Attackers can carry out this attack by flooding the network with traffic rendering it unusable to legitimate users. They can also do it by sending information that triggers a crash to the IT resource.

IoT devices are used in households and companies. They are now essential tools in houses, businesses, and manufacturing companies. Cyber intrusions on IoT devices can be used to cause havoc in homes and businesses. In businesses, they can lead to financial hemorrhage.

Hackers can attack IoT devices through DoS or DDoS attacks. IoT devices are also a prime target for cyber-attacks, especially in businesses.

Cybersecurity threats come from different sources; they include

Cyber-attacks come with different levels of impact. They can lead to financial losses and identity theft. In more severe cases, they cause severe economic impact and ultimately loss of lives. Cyber-attacks from nation-states are usually the most serious. They come in different forms, espionage or aimed at disruption of critical infrastructure.

Some of the most high profile cyber-attacks include

– The 2017 Equifax breach led to over 140 million individuals’ identity theft. 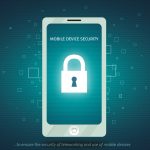 How to Protect your Phone from Cyber Attacks 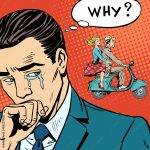 How to spy on cheating spouse 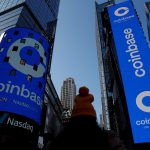 How to Recover Stolen Cryptocurrency from Coinbase

Here’s Everything You Should Know if you Ever Consider hiring a hacker?